My next offering from the basing department is my first battalion of Bengal Native Infantry. These have been painted as the 41st who fought in numerous actions through the  Sikh Wars.

The native troops made up around two third of British, or more properly East India and Queens, troops. Usually brigaded with one European and two native units together. This is the basic uniform with the cap being a forage cap with a white cover. Some units fought in their peakless shakos and others wore the native dhotti trousers so I hope to have units in all these varieties. 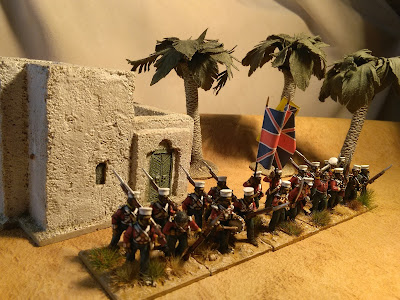 Native regiments had white officers and native junior officers, nco's and rank and file so I represent this with one white officer per unit. Some light companies were dressed in rifle green so I took the liberty of adding this to the 41st. In later years some of these had baker rifles but I believe they were musket armed in this earlier period 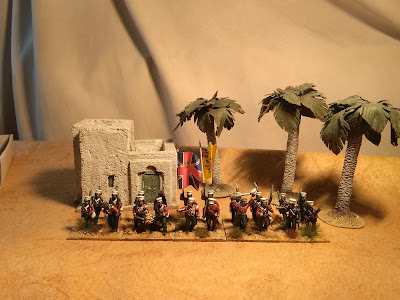 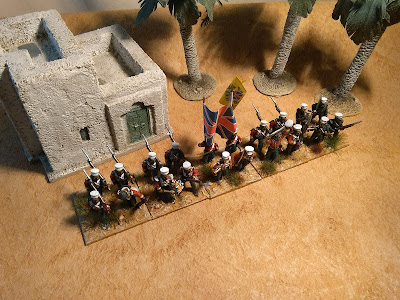 The figures are from the old foundry range which still looks great other than the officer purloigned from a perry carlist war command pack.

Email ThisBlogThis!Share to TwitterShare to FacebookShare to Pinterest
Labels: SIKHS