So I know I have to be careful when ever I mention Swedish Lifeguards, some people expect rather different "uniforms".


But these are the unit I have been looking forward to seeing finished for a while, typically they were on table last weekend and were amongst the first to be destroyed, such is the case with new units I find (not blaming you Paul honest!)


The Guard Grenadiers were made up of the Grenadier companies from the Guard battalions amalgamated into one. A common practice in other armies but the only formation of this kind I am aware of in the Swedish army. Along with the rest of the guard they were the first into battle in the majority of the Swedish larger battles and earned their status the hard way. This gives me 3 out of 4 guard battalions complete. 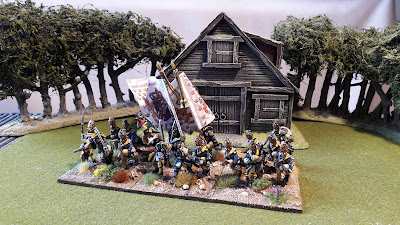 The figures are all from Ebor http://www.eborminiatures.com/, sculpted by Paul Hicks and are made up of the standard grenadier packs with a metal front plated head added to the "storming party command" pack which though available is not on the web site yet and a grenadier casualty figure. Added together they are as much a vignette as a unit of foot and I am really pleased with the outcome. 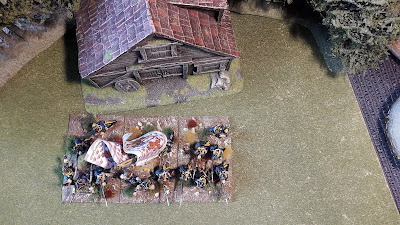 The "virtual" three ranks display quite well from above and side shot lower down. 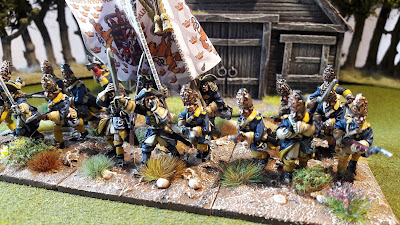 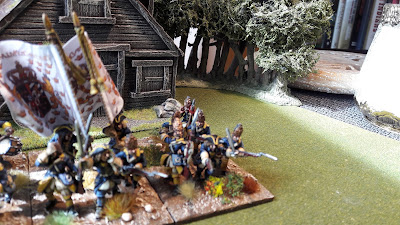 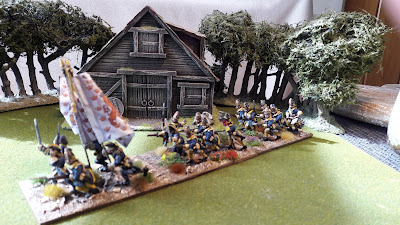 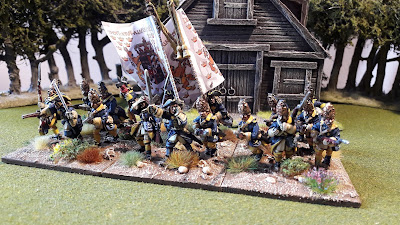 Still to share two units of Swedish Dragoons, more Poles and shots from the Polish National Museum which I have to highly recommend.

Thanks for reading.
Posted by RogerC at 08:27