Freshly back from a fantastic 5 days in Krakow with the finance department and loads to share with you, numerous units based whilst I was away and the basing department was do sitting, lots of pictures from the museums in Poland and a game AAR to share soon too.


As it happens I got some snaps of the first unit based before I went so here they are. Second unit of foot Cossacks and at this stage I am not planning anymore. 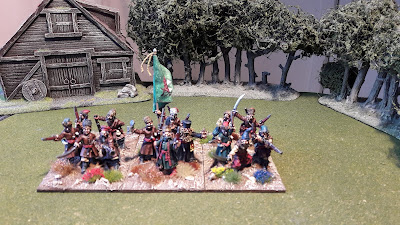 As with the first unit these are mainly Wargames Foundry by Mark Copplestone, originally for their Seven Years War range. There a small number of Cossacks from The Assault Group mixed in too. 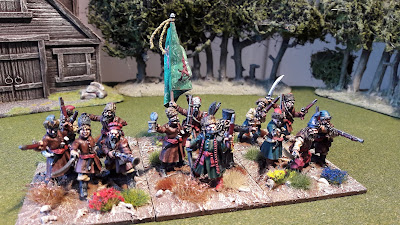 I went with a theme of brown coats to give them a certain level of uniformity, the reduced pallet also made them simpler to paint. I find I am pleased with the end result. I particularly like the Colonel. 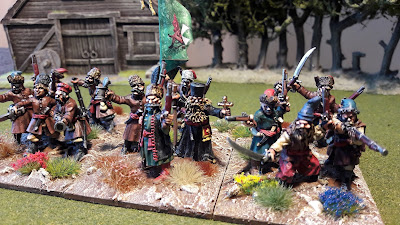 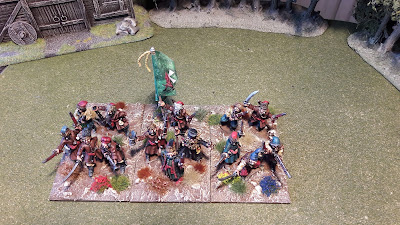 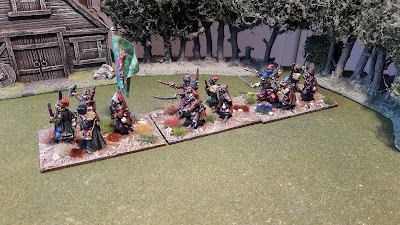 The will be on table tomorrow, fighting alongside the Swedes and Poles against an allied army, one of the great things about the Cossacks is the can change sides as required for different games, fighting as various Cossacks did alongside the Saxons, Poles, Russians and Swedes at various times.


Lots more on the way so watch this space.
Posted by RogerC at 15:57