The second unit of Polish Cavalry from the basing department are Polish Pancerni.


Apparantly Pancerni were the most numerous type of cavalry used by the Poles in the Great Northern War. In the earlier period they were mainly missile troops using their bows, but by this period they had been armed with lances and Pistols and were used more as shock cavalry.


The Polish Pancerni didn't have these lovely lance pennants unfortunately but as the Lithuanians did these are of course Lithuanian Pancerni. 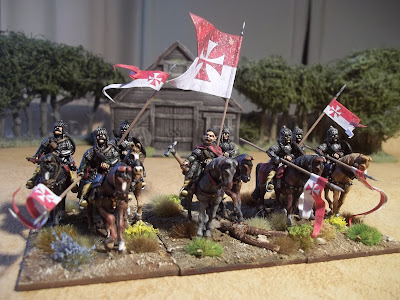 Figures are all by TAG, they are nice solid figures, particularly like the officer although with a little less character than the Warlord Winged Hussars. 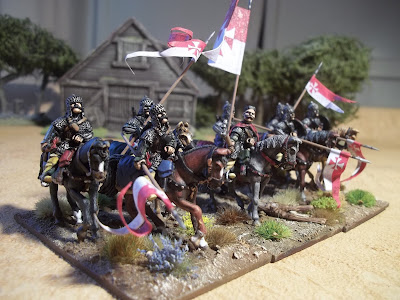 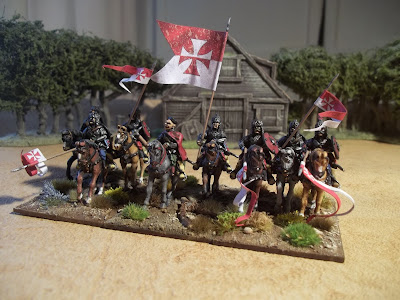 I find I particularly like big flags they really do set a unit off. The low hanging pennants caused the basing department some headaches but I do like to keep her on her toes! 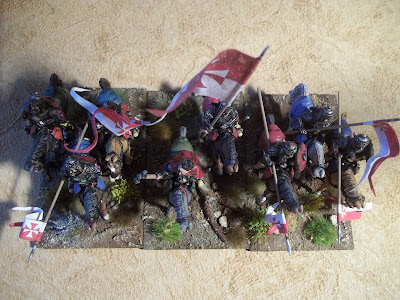 Next Unit up will be the light cavalry with some shots of the Brigade as a whole.

I am then hoping to add a post on how I approach painting figures, both foot, mounted and the horses for anyone interested. Currently photographing the process on a group of Saxon horse and foot so hopefully have the detail around that soon.
Posted by RogerC at 13:48