Second Playtest of BLB3 War of The Three Kings

So we decided to have another go at Beneath The Lilly Banners newest version last night. After the last attempt I have actually read and partially digested the rules. The forces are smaller to give us a fighting chance and so is the table!

I have also chopped up a cornflakes box for some order cards and set things up a bit closer together. The last game we really struggled with the game and didn't enjoy it, although found some mechanisms really good, in particular the idea that better quality troops enjoy the use of bigger dice to achieve the same results. But because none of us had really digested the rules there were so many unexpected shifts that it was bewildering. Should I be surrised that we struggled after not bothering to read the rules fully?

Hoping for better results this time! 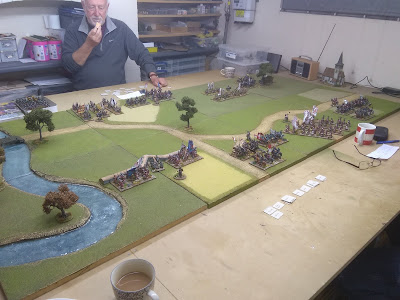 So for this game the table was 4 feet wide rather than six and we had just one player per side with me translating the rules. So Chris Flowers commanded the Swedes and Steve Shann the Saxons with forces as below:

So fairly equal numbers but significantly in Swedish favour in terms of quality. I gave the raw Saxons a redoubt to hide in. Usually I would also give the Swedish foot elite and often some units of guard but I think the disparity was enough to reflect the superior Swedes. 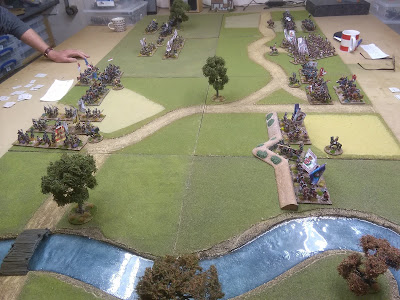 Refreshments were a joint effort on this occasion, cookies and tea from Steve, chocolate biscuits from Chris and Battenberg from me (and mainly eaten by me too) 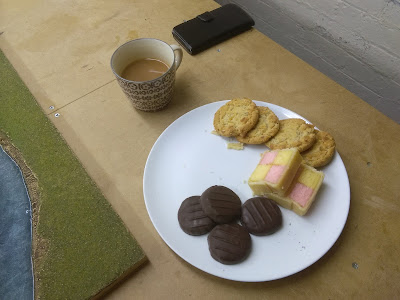 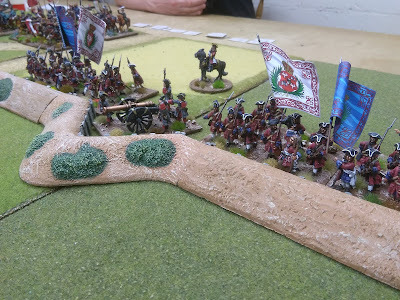 I made the Saxon commander a standard commander but the Swedish commander slightly better. As commanders throw to see how many units they can use this means the Swedes always go one column up from what they roll, if they roll to move only half the army it moves up to all the army, a quarter becomes half and so on. This both reflects the professionalism of the Swedes and also allows us to keep the game moving. We also used the amendments suggested by Barry Hilton for the Swedes, movement goes from 4 inches to 6 and they are allowed to incline unlike other nations which have to wheel. Again reflecting the Swedes GAPA tactics and often better leadership and training. Most foot in BLB3 have to reduce their enemy to shaken or disordered through firing before they can charge, again the Swedes are an exception to this rule as are some other particularly aggressive troop types. 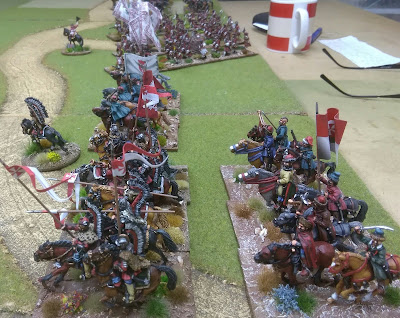 The Poles would be a slight Achilles heal for the Swedes but the one unit of Drilled blade (Winged Hussars) would actually the best unit of Cavalry on the Saxon side. Again this is a historical reflection and much of the Great Northern War was fought to the background of a civil war in Poland between the pro Saxon and pro Swedish factions and those fighting for the Saxons were typically better quality including, as it did, the royal army. 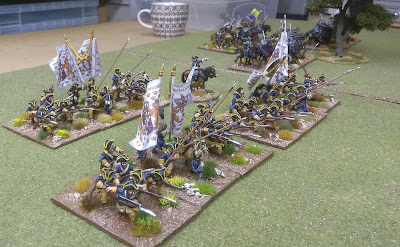 We also missed using the order cards last time completely, so half a cornflakes box later we have cards and find that this makes the system work much better (Surprise!). The game was now flowing and units were moving. the standard move rates still felt small but on a 4 foot table we were able to get into combat.

The Swedish and Saxon cavalry fought one round of Melee and the Saxons broke almost immediately, the Swedes rallying on the spot. In broad terms the outcome felt historical and giving us what we wanted from the game.

The Swedish foot storming the redoubt had mixed results, one unit halted by fire the other closed to bayonets and after winning a round of melee the Raw Saxons facing them automatically routed. 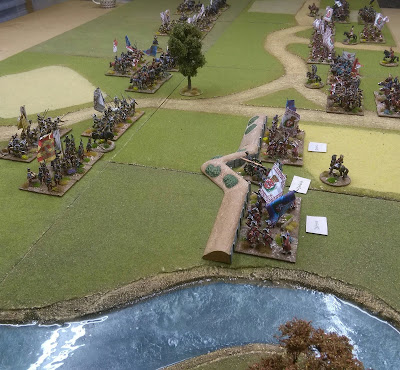 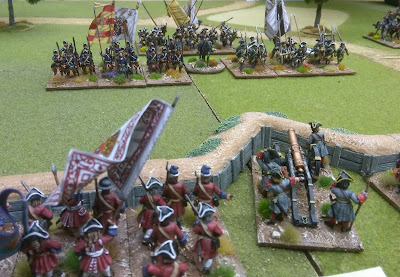 The Poles did not actually get to engage as both sides concentrated their orders on the regular troops. This also highlighted one of two minor criticisms from Steve and Chris. With Chris only managing to activate half his force Steve was clearly able to see which units were getting orders and respond accordingly. Of course he couldn't see what the orders were but had a good idea how best he might respond. The second one being the movement rates. Even changing the Swedes to 6 inches they are more suited to a 4 feet deep table rather than our usual 6 feet. 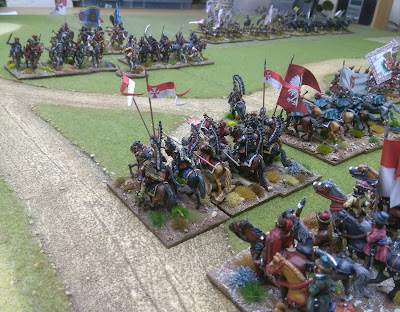 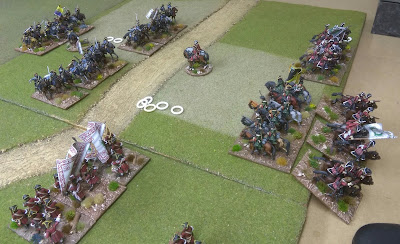 The Swedes seriously had the upper hand by now but we had run out of time, purposely taking this slowly and deliberately to let the rules mechanisms sink in. The cavalry on the Saxon right wing had left the table and the Swedes were poised to finish the last unit and start rolling up the Saxon flank. The main Saxon foot brigade and the second Swedish foot brigade were completely un-commited, as were the Poles. On the Saxon left however they had one battalion and a gun just in charge range of the next Swedish battalion, the Swedes were damaged so there was a chance that the concentrated fire could keep them out or even force a morale and push them back. However with two more battalions, one entirely untouched they would be overwhelmed sooner or later. 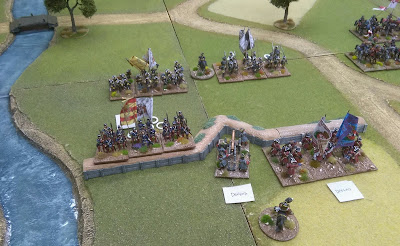 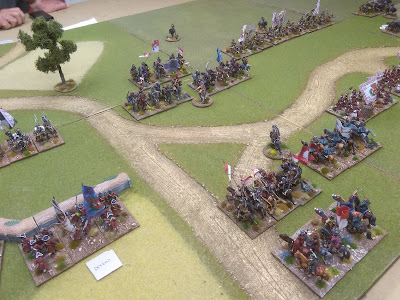 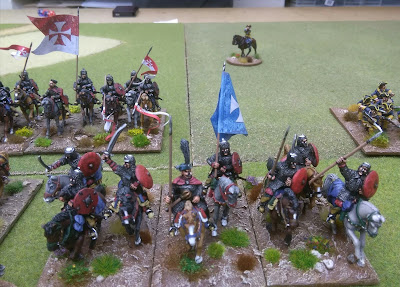 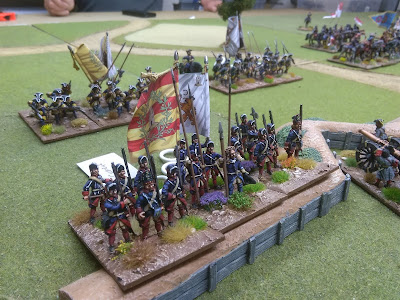 So a Swedish victory, albeit with plenty left to play for. The rules worked really well and we are going to give them another go next week. Two things we will change. Firstly every unit will get an order card, even if only half are available, the other will all be blank. This meaning the other player cannot react to the cards. Secondly we are going to try doubling all movement and ranges on a bigger table to see how that works.

I will of course keep you all updated on how that goes.
Posted by RogerC at 14:55